The February 2019 release of BuyerGenomics V5.8.0 is a web touch-centric update, including the new beta version of Channel X-Ray and BuyerGenomics Insights.

This feature provides a unique view of the web touch data of visitors who came to the website.

Medium: Medium as coded in UTM tags by the users.

Source: Source as coded in UTM tags by the users.

Campaign: Campaign as coded in UTM tags by the users.

Each report has a clickable drilldown into the most relevant data.

BuyerGenomics now autonomously generates intelligent and actionable insights based on your data.

This feature will be added to more key reports in BG in the near future.

In preparation for additional attribution methodologies, email and web touch data are physically merged when there are direct links.

For example, when a user clicks through an email, the resulting web touch data is now appended to the email touch data.

Historical email and touch data are consolidated to reflect this change, as well.

Web touch data resulting from an email click can now be viewed directly in the customer’s email touch data. 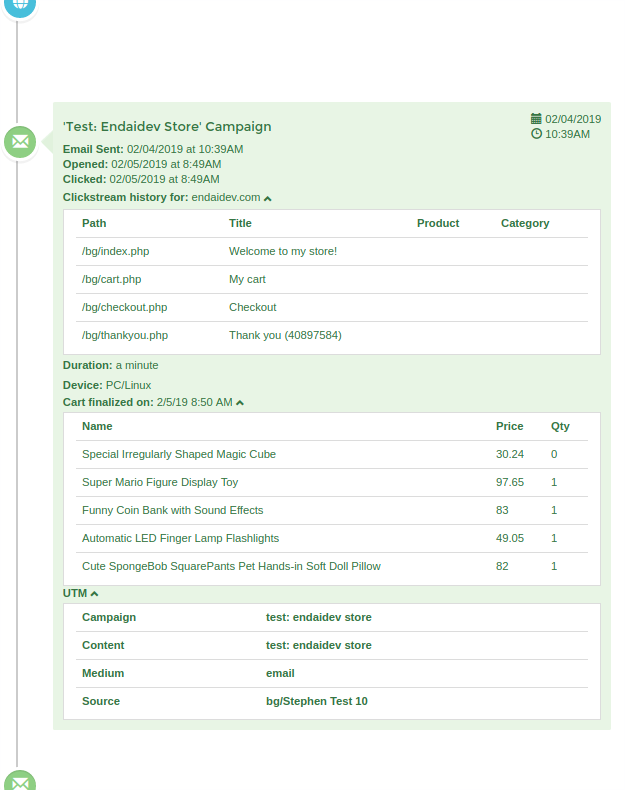